Reflections on my Portrait Project 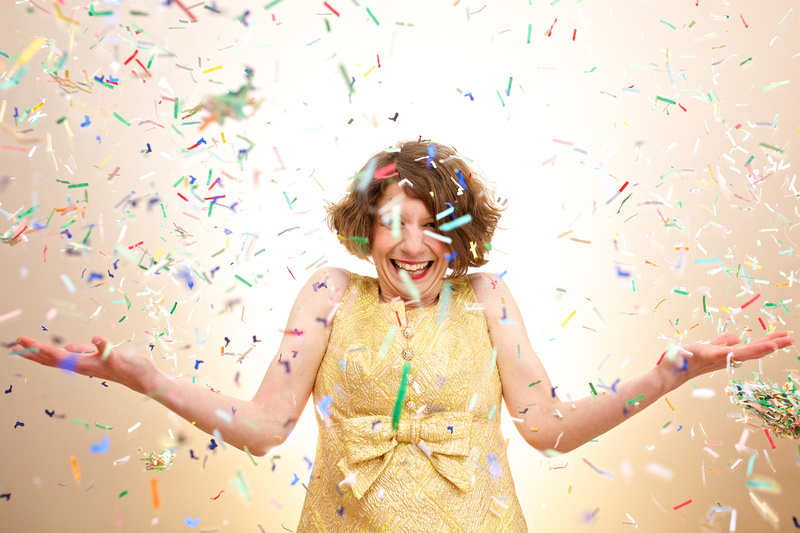 I really got into photography in 2008 and have been a part-time professional the past several years doing a wide variety of jobs from weddings, newspaper and magazine assignments, events, product and commercial work, as well as personal pursuits in street and landscape images. Increasingly though, I wanted to take people pictures, specifically portraits.  I had taken several portraits going into this project as part of assignment work and found that while I sometimes got decent results it was really challenging and kind of awkward for both the subject and for me.  A portrait is direct and intimate, which can be very intimidating and can often lead to a picture that doesn’t look natural.  I wanted to take pictures that give a glimpse into who the subject really is, and I needed to figure out how to do that. This desire gave birth to my 2013 Portrait Project (recently renamed The 131: A Portrait Project).  In addition to doing this project for the pure and simple reason of loving photography, I also looked at it as an opportunity to market myself as a professional photographer.  It forced me to put my work out there repeatedly and engage with the community around me.  A lot of business in photography comes from word-of-mouth and I looked at this as a chance to show my work to a much larger audience.   I decided to use Facebook as my vehicle for announcing and publicly sharing the work that would come from it (in addition to my own website).  After putting in place some simple criteria, on January 3rd of 2013 I posted my idea on Facebook with a call for participants; I had no specific goal in terms of numbers, but I was hoping for 50-100...

After a couple cancellations because of sickness and weather, Kelly Green stepped up to become the first volunteer on January 12th. I decided I would go into each shoot without a plan or any preconceived ideas of what would/should happen. I would be ready to do my best, to think on my toes, and to adjust to whatever personality, lighting, location, and weather conditions presented themselves. I was nervous to get the project started, but the first shoot was a sign of things to come - it was fun, I got to know Kelly better, we were able to connect and create a level of comfort and trust necessary for portraits, creativity and collaboration happened naturally, and we were able to create some images that I was really proud of.  The best decision I made going into this and the following sessions was to be patient. This applied to both the subject and myself; knowing that I had time relieved a lot of pressure and allowed me to find my own approach. This first shoot was my blueprint for all future sessions - just go, be, and do and something good will come out of it.

Following that first shoot, 130 more people went in front of my camera, and since I enjoy stats and trivia here are some from the last 12 months: of the 131 participants 64 were adults, 67 were kids & teens, 81 were female, 50 male, the youngest was just 2 months, the eldest 90 years young; I averaged one session about every three days (although some months were sparse, just three in April, and some were crazy, 25 in October). I took pictures of one person in a tub, of another whilst standing in a tub; I often came home with wet feet and dirty pants, eventually blowing out the knees of all of my jeans (loved it though).  I froze and I sweat. I took shots from many dangerous spots (only a few bruises and scrapes resulted). I shot on a covered bridge, in rivers and streams, out in fields, in the woods, in the state capitol building, in a flower shop, at city hall in Montpelier, in a church, in the road (both backroads and busy), at various schools and colleges, by waterfalls, from atop roofs, in rain and snow, in fog, in mosquito swarms, in workshops, backyards, historical buildings, playgrounds, basements, farms, a radio station, by ponds and a swamp, in cemeteries, greens, a music hall, an orchard, and in many peoples’ homes.  I had a snowball fight, I played a few rounds of disc golf, and a very even game of tether ball. I slack lined (briefly), went on a rope swing, shot a few arrows, went down all kinds of slides, and played a few games of soccer.  I heard the fiddle, French horn, cello, guitars, various drums, saxophone, ukelele, and some delightful singing too. I was fed and given many cups of coffee, tea, and water. I saw and sometime took pictures of people with their dogs, cats, cows, horses, pigs, chickens, sheep, and llamas. I had my picture taken several times (sometimes with my own camera). Among the subjects were ties to all six inhabited continents, and I had many, many terrific conversations.  All those experiences led to over 2,400 publicly shared pictures and over 18,000 images delivered to the subjects which added up to over 1,000 hours well spent.

The biggest challenge going into the project for me was how a soft-spoken person such as myself would not only engage in conversation, but connect with my subjects to create the results I wanted.  To my surprise, this turned out to not be the hurdle I thought it would be; as I mentioned, I was nervous at the start of the project, but soon through routine and repetition and working with such genuinely nice and interesting people, I wasn’t nervous and I found my confidence. My unplanned, yet patient approach seemed to work the whole way through. I gave the subjects very little direction, never asked for smiles, and just talked and collaborated with the individuals and that simple approach resulted in very real, intimate pictures. My constant challenges turned out to be not the people, but the conditions - sometimes I got fantastic light and weather, but more often something was working against me - rain, cold, terrible light, erratic weather, you name it - but in the end this wasn’t a problem; it became an enjoyable challenge of figuring out how to make deliverable images no matter what adversity I was facing. Ultimately those widely varying conditions added to the diversity of the images. Scheduling and processing all the work was a big challenge - I am a stay-at-home dad so my number one priority is taking care of my two year old daughter, so for the most part I needed to do the shoots in the evening or on the weekend and most of the processing had to take place after she was in bed. On the months when I didn’t have many shoots this was not a problem, however when things got crazy busy during the last several months of the year it became a real test of endurance and managing work-life balance. Fortunately I have a very understanding wife and good natured daughter. Overall this project was a huge success for me - I grew very comfortable taking portraits, and I found that being myself and following my own style made it pretty easy to connect with so many different people. Through each individual connection I also grew more a part of the community which I did not anticipate, and that has been terrific.  My goal to increase the awareness of myself as a photographer definitely worked, and I have a good feeling about what the long-term affect of this project will have on my professional career.

There are a lot of people to thank for this project.  First I want to thank my wife, Melody, for supporting this idea from the very beginning and her unwavering support, even when I was missing dinner every night some weeks and glued to the computer the rest of the time.  Also, she never once fell asleep in the million times I talked about the project. Thank you to my daughter Isabel for saying “He’s going to take pictures” almost every time I headed out the door...for anything. Thank you to my parents Trudy and Bill DeFlorio for supporting this project by watching Isabel on several occasions so I could fit in a portrait session and also my friends Tim Calabro, Katie Vincent-Roller, and TC & Leah Webb for also watching Isabel while I was shooting. Thank you to everyone who followed and supported my project, thank you to everyone who inquired about participating in my project even if a shoot didn’t ultimately happen, and finally thank you so much to all 131 amazing subjects who collaborated with me to make this project happen - what a diverse, cool, and interesting group you are and I had so much fun because of all of you.

The future...well that’s always subject to change, but there is the show coming up on January 31st at First Light Studios in Randolph (6 to 9pmish), followed by 11-2 on Saturday and Sunday (February 1st & 2nd).  Then the gallery will be available for viewing on an appointment basis for the month of February. A selection of the images will then appear at the Three Bean Cafe. That will be it for this project, but I will have a lot of friendships that will go on and certainly a pile of portfolio materials. I will be making much more room in my schedule for professional work this year (www.defloriophotography.com/rates), but I do hope to do another personal project in 2014 - something a little different, more specific, and smaller (much smaller) so look for information on this sometime next month.

If you have any questions about the project please let me know and I’ll do my best to answer them.